Flies belong to the order Diptera and not all look like houseflies or horse flies. Would you have guessed these flies are flies? 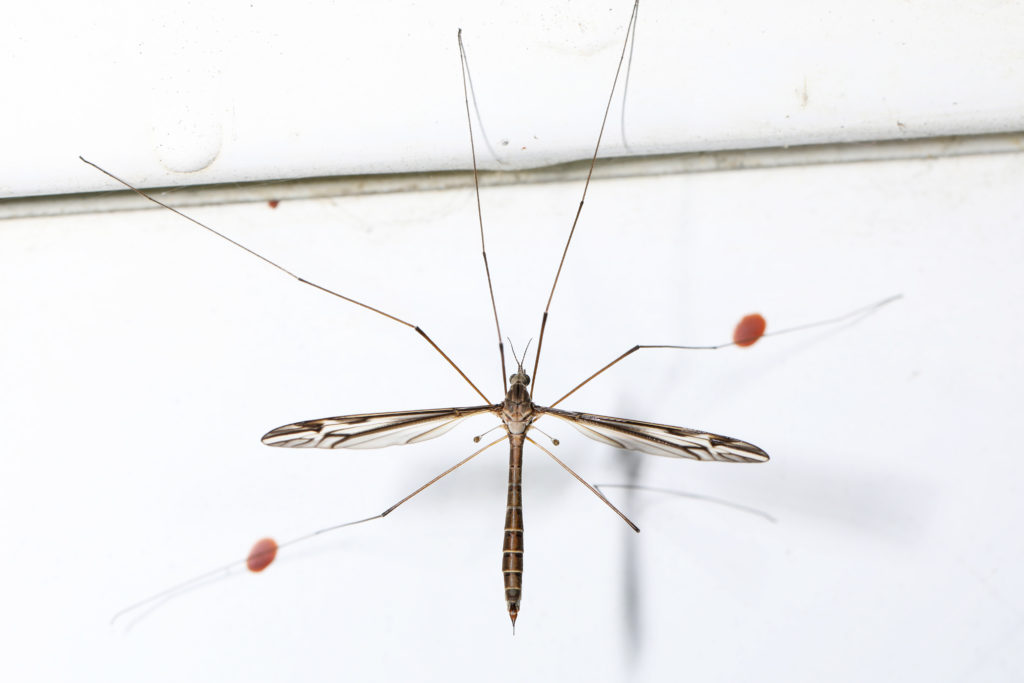 Crane flies aren’t giant mosquitoes. They’re delicate, harmless, and don’t bite or sting. In one of the largest families of flies, with around 2,400 species in the world, some large ones are 2.5 in. long (6.4 cm) with a wingspan of 3.0 in. (7.6 cm). Most, however, fall in the range of 0.4–1.0 in. (10-25 mm). In spring and early summer, you might notice them clinging to the siding of your house or to window screens. The crane fly shown here is a female, as indicated by the pointed “ovipositor” at the tip of her abdomen—it isn’t used for stinging, but for depositing eggs.

This is a GREATER BEE FLY, named for its resemblance to a bumblebee. It’s one of about 280 species in the Bombyliidae family of flies. Unlike bees, they’re harmless and don’t sting. As larvae, they’re parasites and, as adults, they’re pollinators that feed on nectar and pollen. That long black needle-like protrusion at the front of its head is its beak. It’s rigid and looks sharp and dangerous, but it’s used for sucking nectar from flowers. Bee flies are found in woodlands, meadows, and flower gardens throughout NA and most other parts of the world. 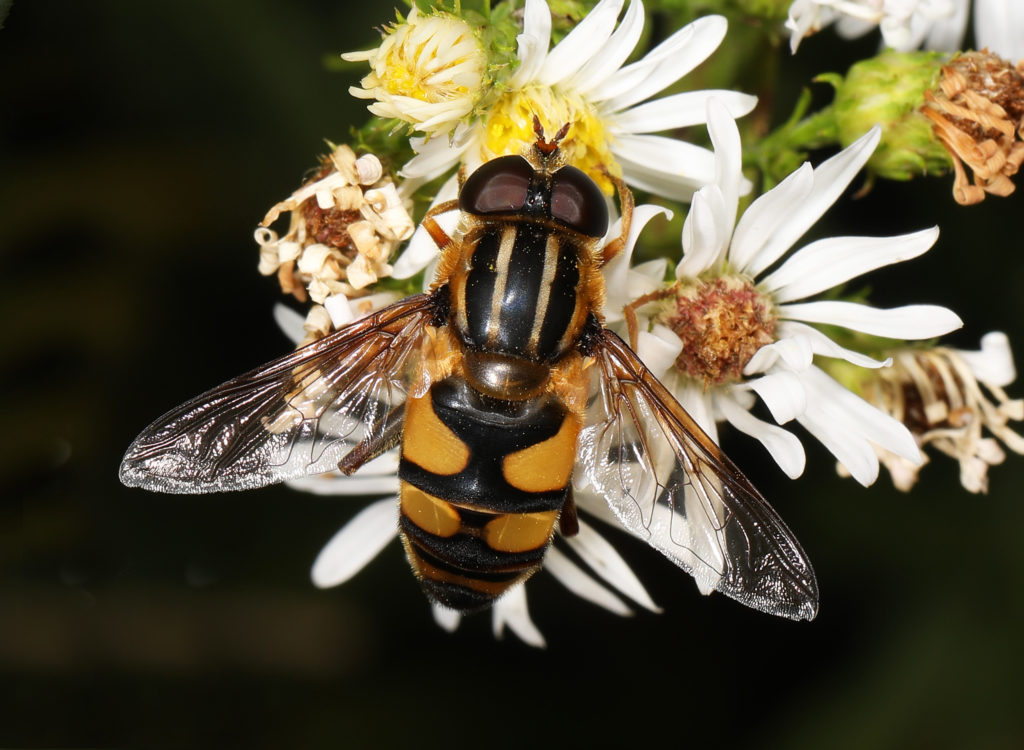 Hoverflies are so-called because they can hover, like a hummingbird or helicopter. (And they can also fly backward!) They’re also called flower flies because they’re highly beneficial (and under-appreciated) pollinators. They visit flowers for nectar and pollen. There are about 6,000 species found around the world, except Antarctica. 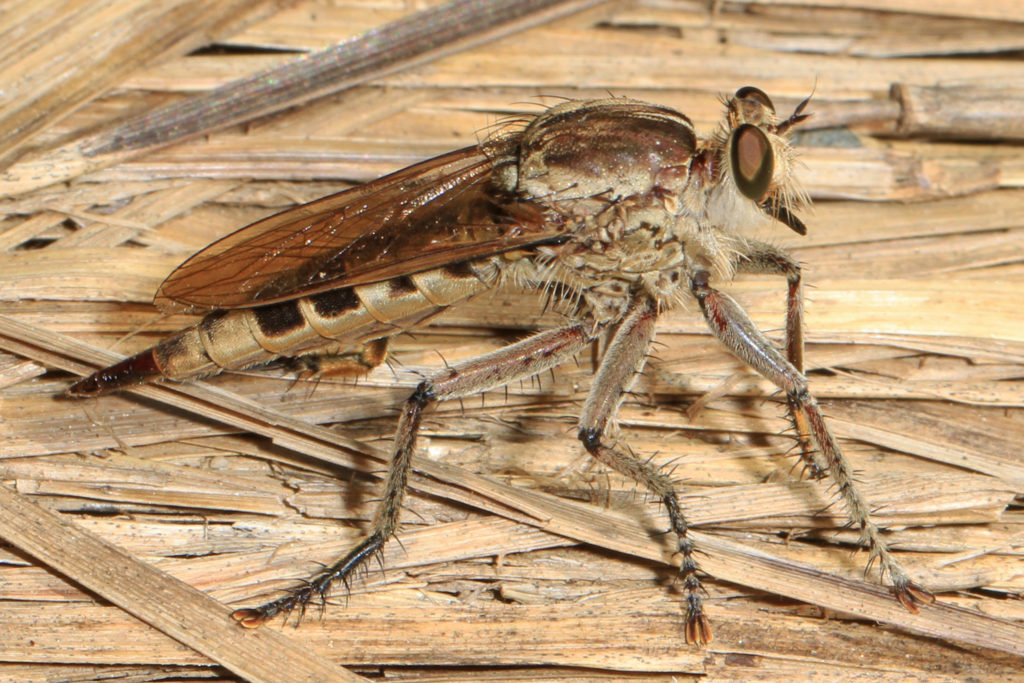