You are at: Home » Snails » Snails: frequent questions

How many snails are in the world?
Snails are number two on the list of most species on earth, with 43,000 species, including 500 in North America. They’re found in the sea, in freshwater, and on land. Snails are related to clams, oysters, squid, octopuses. While sea snails can be quite colorful, land snails mostly are brown, for camouflage. They can annoy us by chewing on favorite plants, but most do little damage and are an important food source for other animals. 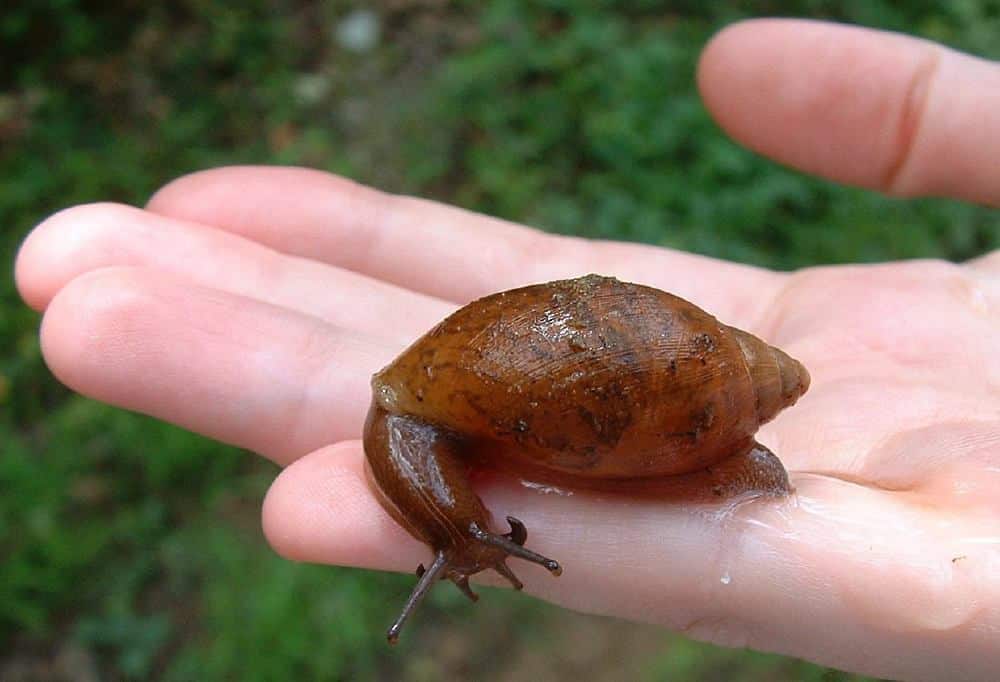 Experts say our earth would miss snails if they were gone. They help disperse seeds and spores, break down organic matter and, most importantly, are food for birds, frogs, toads, turtles, mammals, and others, including humans (escargot, anyone?) Some snail species are active year-round, some hibernate in winter and others die in winter.

What is snail habitat?
Snails live in such places as marshes, woodlands, pond margins and flower and vegetable gardens. They stay under leaves, mulch, rocks, logs, in cracks and crevices, and under flowerpots and other fixtures. Slugs (shell-less snails) can squeeze into spots that snails with shells cannot. Snails live where it’s moist and dark, except for some hardy species that live in semi-arid regions and survive by sleeping when weather conditions are dry, which is most of the time.

Why do snails leave a slimy trail?
The slime is a mucus. It’s harmless to touch and critical to a snail’s survival. It comes from a gland at the front of their “foot,” which lays a thin, slick layer for them to glide on. The mucus also helps them to cling when they want to, by providing a suction. It helps insulate and protect their body from drying out — if they dry, they die.

Do snails have eyes?
Yes! The shiny “dot” at the tip of this land snail’s tentacle is an eye. The eyes of marine snails are located at the base of the tentacles. The eyes, one on each of their two upper tentacles, are well developed, but can’t focus, so their vision is fuzzy, mainly only useful for distinguishing between light and dark. 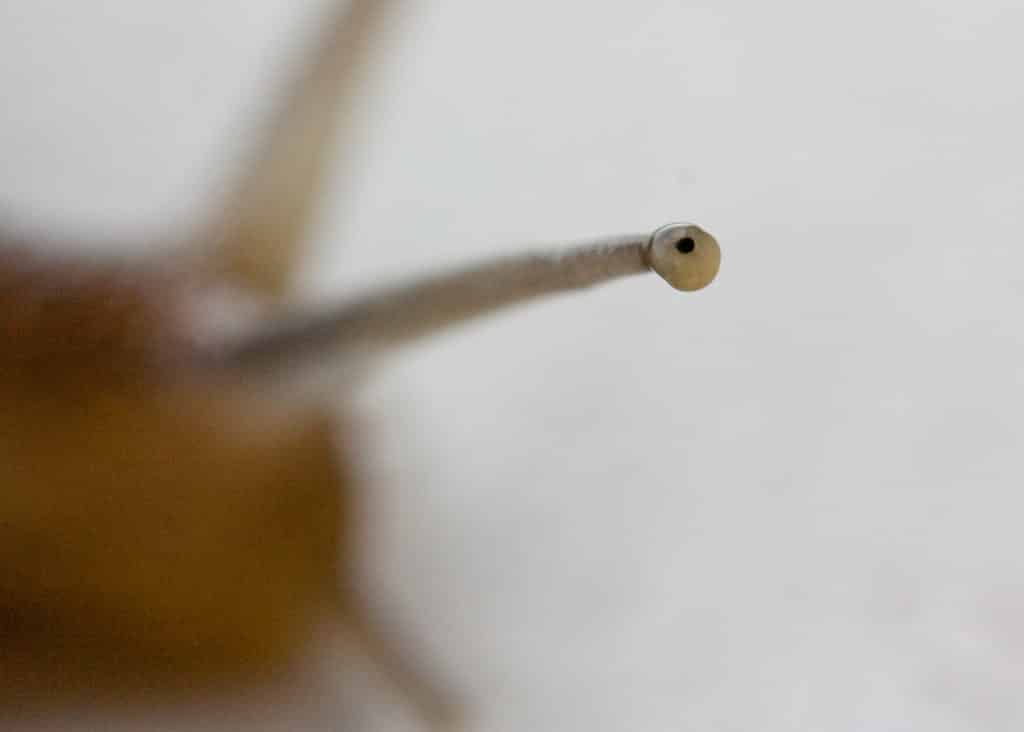 Their bottom pair of tentacles are shorter and contain sensors for taste, smell and feeling around the environment.

Why does a snail’s shell grow in a spiral?
During the early stages of development, a snail’s shell undergoes an action called torsion. Torsion to the right (most common) or to the left gives shells a characteristic spiral and is specific to each species. A left-handed spiral is called sinistral and a right-handed is called dextral. 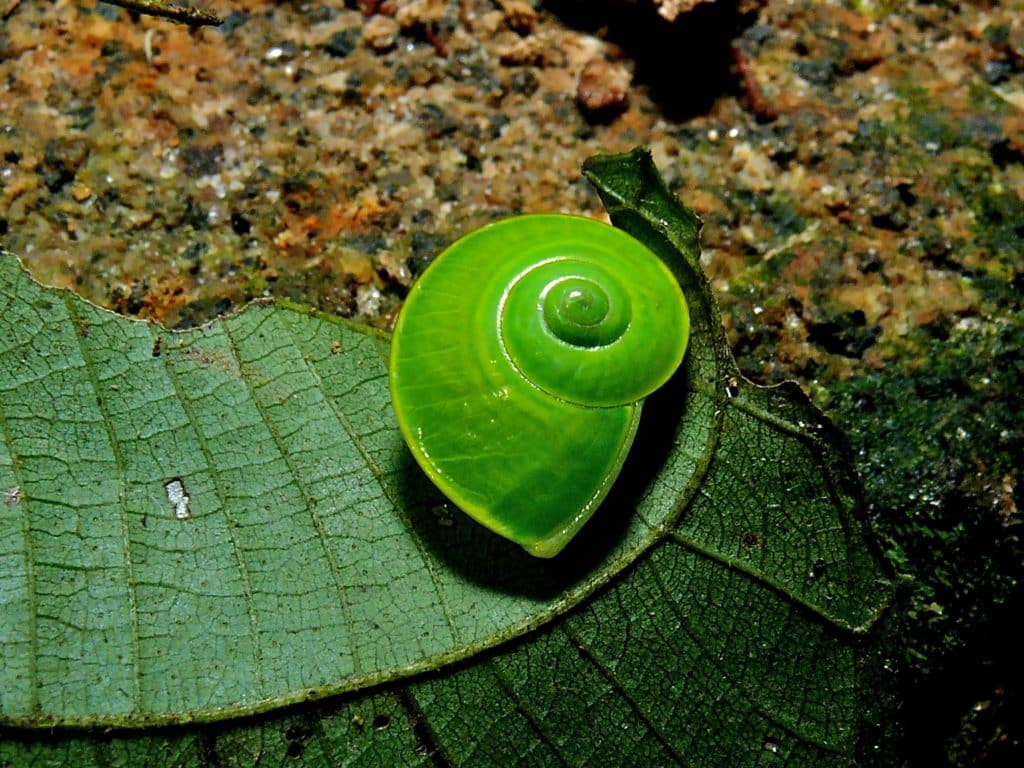 What are slugs?
Slugs are snails that don’t have a shell, or only a tiny, unnoticeable one. Their behavior is similar to that of snails with shells. They spend the daytime in dark, moist places, as they need moisture to keep from desiccating and come out at night. Slugs and other land snails eat about anything, even limestone and cement (for the calcium content). In winter some snails (including slugs) go underground and hibernate, adults of other species die.

All about land snails
All about earthworms
Insects: an introduction