Here are a few interesting facts about land turtles, based on our Facebook posts. We’ll add to them from time to time. If you’re a turtle-lover, you can read all about box turtles on this page.

WHAT HAPPENS IF A TURTLE GETS TIPPED OVER?

It can happen! Males battling over females will intentionally try to flip each other over. Males sometimes fall awkwardly backward after mating. And, of course, it can happen accidentally in other ways. Fortunately, turtles usually can roll upright by using their head and feet (shown here). Turtles with tall domed shells tend to easily roll back into an upright position, while those with flatter backs have a harder time. Those that can’t get turned back over eventually die. 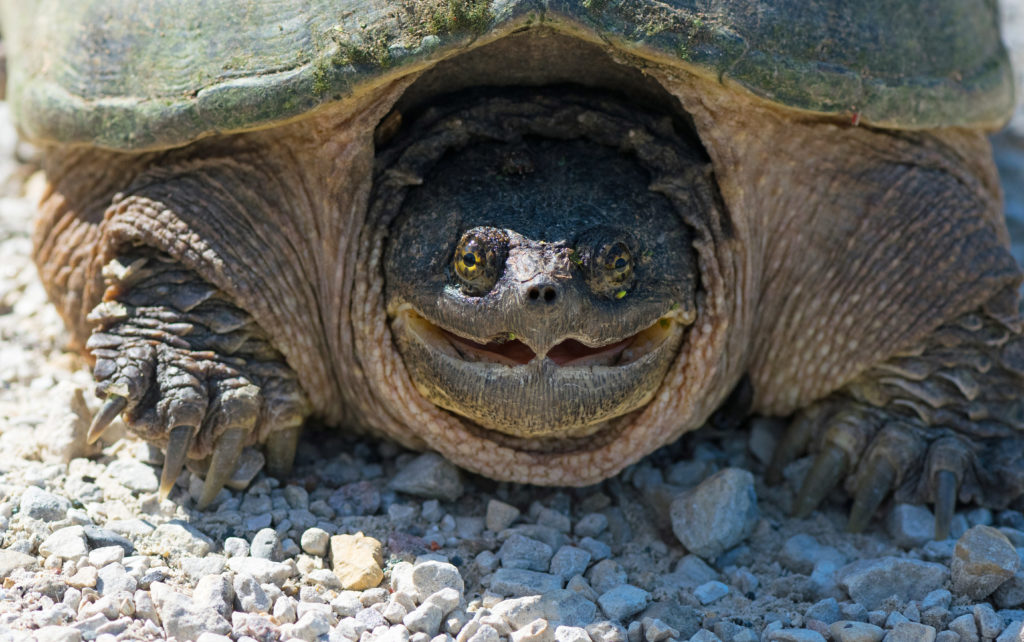 Alligator Snapping Turtles, Macrochelys temminckii, and Common Snapping Turtles, Chelydra serpentinaare, are not only native to NA, but also the only two snappers in the world. They aren’t known for a sweet disposition, and their powerful jaws and sharp beaks are capable of snapping off a finger. But, they’ll ignore or move away from humans, if possible. For that reason, it’s safe to swim in waters that have them. They grow large: the Common up to 35 pounds and up to 175 pounds for the Alligator. Both have suffered from habitat loss and extensive hunting for turtle soup. The Alligator snapper is now protected by law in some states. 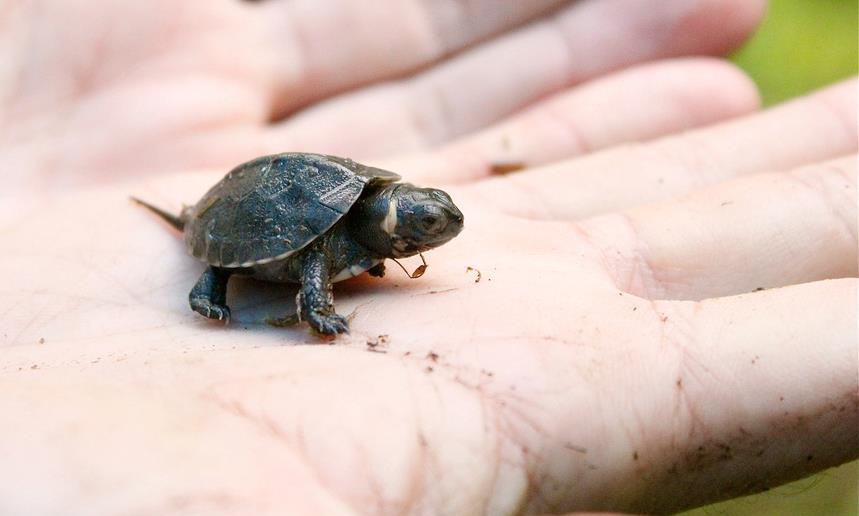 Bog Turtles are a threatened species found only in small areas of the northeastern US and a narrow band in the Southeast. They’re tiny, the smallest turtles in NA, with adults only 4 inches long. Semiaquatic and diurnal, they live in colonies of less than 20. They like to bask in the sun, but otherwise, they spend most of their time buried in mud. Their food is small invertebrates. They hibernate in winter from mid-September to mid-April. 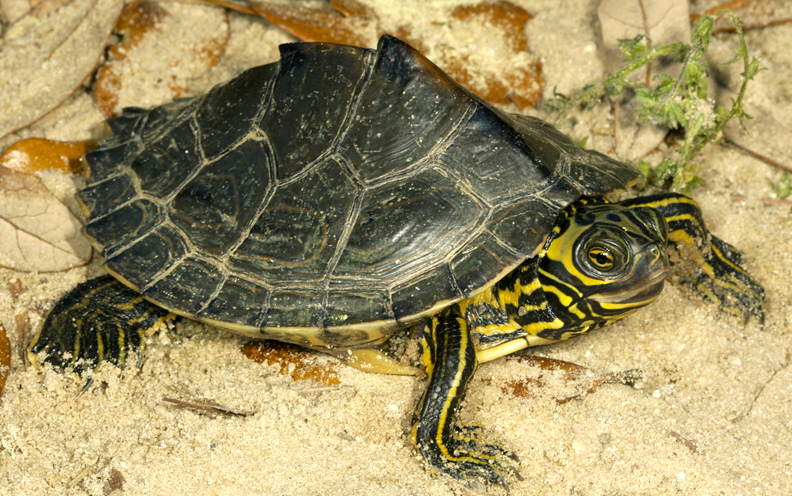 Barbour’s Map Turtle is one of about 13 species of freshwater turtles who inhabit the eastern half of the US and Canada. Map turtles have a ridged keel that runs down the middle of their carapace (top of the shell) — it’s the easiest way to distinguish them from similar-looking turtles. Many are beautifully marked and different species have different patterns of decorative lines on their skin and scutes (the plates that cover their shell). They’re named for their lines, which resemble maps. Look for them basking in the sun on logs, rocks. If some find their way to your backyard pond and you live in an area that freezes, they may hibernate there if the water’s deep enough. Those inhabiting warmer areas may hibernate only briefly or not at all.