You are at: Home » Quick read » In your yard: termites

Termites (in the order Isoptera) live nearly everywhere, including our yards. Fortunately, most don’t invade our structures: out of 2,900 species, only 27 of them are guilty of chewing on buildings. Termites are beneficial insects: they break down plants and trees, turning them into soil. They aerate soil. And, they “fix” the nitrogen in the air they breathe and expel it in their poo, which fertilizes plants. (You can read about that, and lots more, here.) Termites are eusocial, meaning they live in colonies that have a complex level of organization and a caste system, as ants and honeybees do. Termite queens can live up to 50 years. 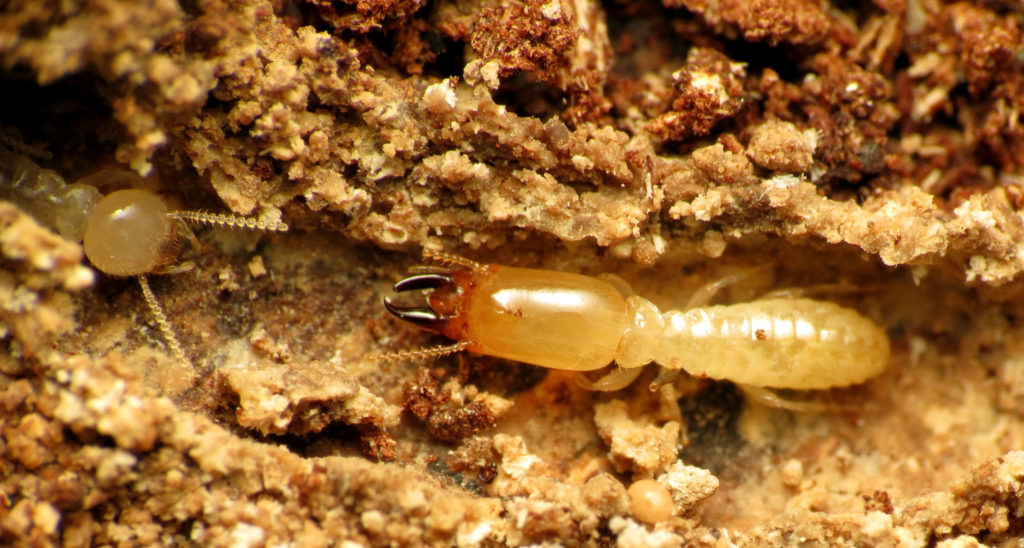 Termite colonies have three castes: 1) The queen and her king, which shed their wings and start the colony. 2) “Workers,” which are blind, whitish, grub-like. They excavate wood, construct tunnels and find and provide food for all other members. 3) “Soldiers,” which are grub-like, too, but they have a brownish head and large jaws. Their job is to defend the nest. 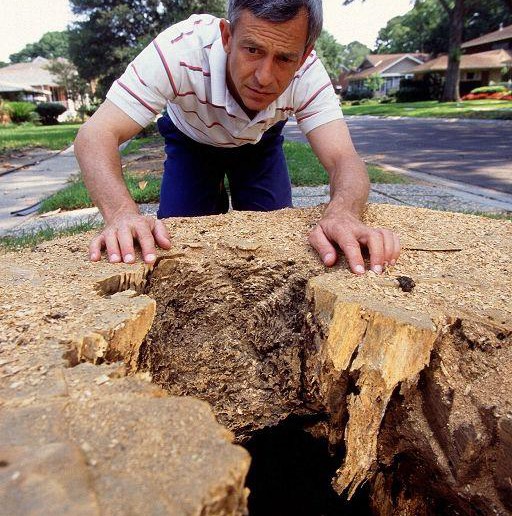 Termites play an important ecological role. They recycle organic matter into the soil and they’re food for numerous other animals. Plus, their munching on timber (for its cellulose content) creates hollows for animals to hide and nest in. Still, we sure don’t want them in our houses, do we? And they can cause a lot of damage elsewhere, too. 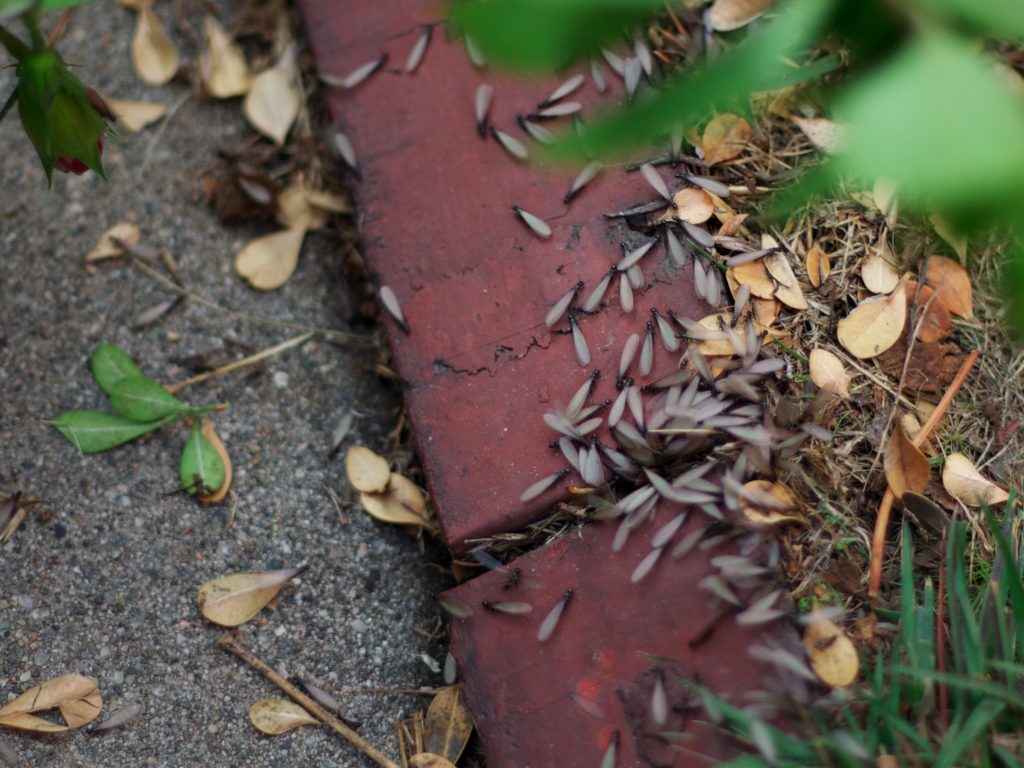 Above is a swarm of male and female Formosan Subterranean Termites. Notice their wings — they use them to swarm (fly as a group) from a mature colony to form new ones. But, after flying only a short distance, they land on the ground and shed them. The sexes then pair up and search for a source of wood (their food) and moisture, then dig a chamber in the ground for their new colony. Their nest may go down 20 feet to protect it from weather extremes. 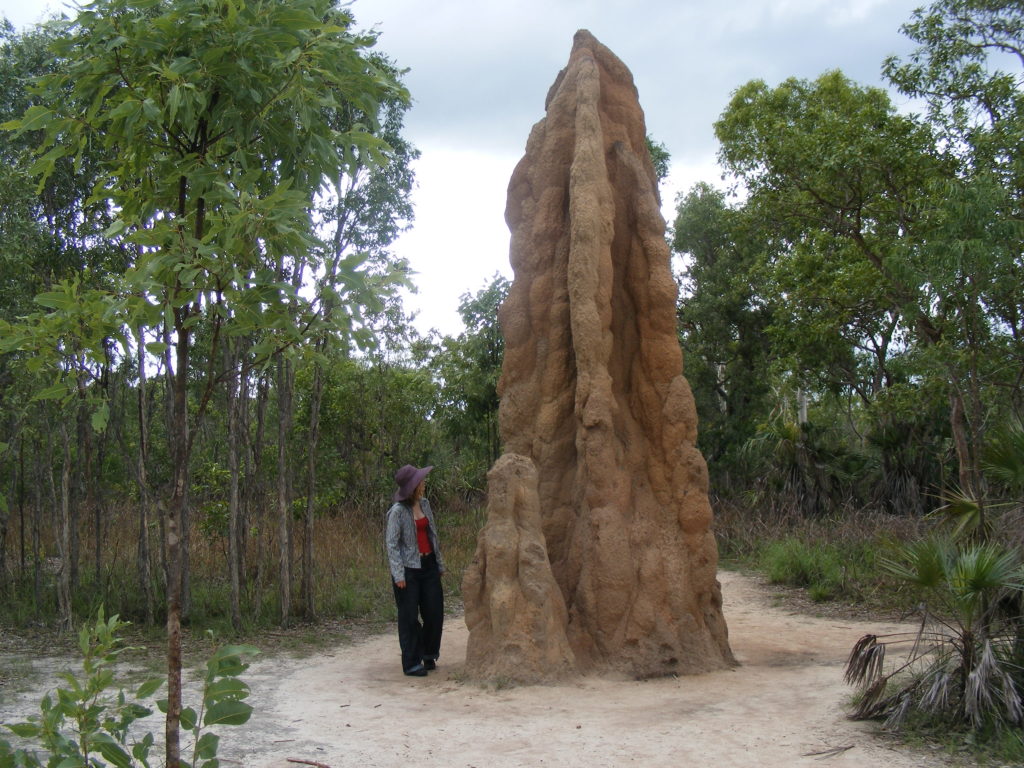 An Australian species called Cathedral Termites (Nasutitermes triodiae) builds impressive mounds from dirt and their own saliva and dung. The mounds can reach 15 feet in height (4.6 m). The queens and kings of their colonies live about five years. After they’re gone, a new pair takes their place, which ensures the longevity of the colony. Watch Cathedral Termites repair their damaged mound